You can inspire only when you yourself are constantly inspired.
So, what inspires you? And how do you constantly exercise that ‘inspirational’ muscle?

Over the last couple of decades, I have attended many annual strategy meets and townhalls and the one that vividly remains with me is that of a small US company focused on niche technology with their flagship product being telecom signaling stacks – this was when telecom was a fast emerging industry in the nineties.

The CEO walks onto the podium and greets everybody and while everybody was expecting him to start with the numbers and performance results, as he usually does, he pauses for a moment, switches off the PowerPoint Presentation and softly says, “Last year, 18 remote towns in North America with a combined population of a little more than 100,000 were connected with wireless technology. People in these towns have access to their loved ones wherever they are, they have access to hospitals wherever they are, they have access to their children irrespective of their location. And without our signaling stacks that would not have been possible.” The buzz in the room died down and you could hear a pin drop. You could almost feel the mood in the room shift – something clicked!

The CEO went on “Last year 85,000 miles of co-axial cables were laid down in North America alone and approx. 100,000 cell sites were built, and it was our stack that breathed oxygen into the fire called wireless communication.” He went to build the momentum with examples of how they had influenced lives in calamities like hurricanes, in tragedies like major accidents, and even in defending the country more effectively.

He peppered the audience with questions like “When the whole world was tuned in watching the Oscars over the weekend, what were we doing here? We were working in this very room to make sure a child in hurricane-hit North Carolina could speak to somebody who loves and cares for him/her.” 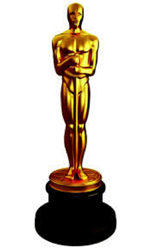 By the end, even without bringing in any performance numbers of the company or talking about the insane work hours, the entire room felt an immense pride and ownership about their work – they were inspired to do more of it.

In the next 6 months, all metrics of the company shot up – sales, customer satisfaction, retention. It was almost like the company was on steroids. The sense of purpose, of making a difference, of being a catalyst of change and progress inspires people on – that is what we call as inspirational leadership. By the way it doesn’t just come in by the leader stating a sense of purpose or using marketing spiel. It comes by a systematic unraveling of who the leader is as a person, what s/he believes in, how s/he makes decisions and how s/he engages with others.

What has changed over the years is that leadership has moved from Command and Control (CAC) to Ask and Inspire (AAI) kind of leadership. CAC is no more inspirational. For leading, we need followers and for that we need to inspire. And inspirational leadership is all about dealing with emotions (of people and self) and that demands authenticity. While CAC also plays on emotions – the emotion of FEAR, AAI plays on the emotion of PRIDE and JOY.

Intuitively, AAI seems to be common sense leadership, unfortunately it is not commonly practiced because it is hard to do so consistently in today’s volatile business environment, unless there are some muscles developed for the same. And developing AAI leadership is not a one-off development exercise but a continuous one.

We are increasingly seeing a trend of CEOs and leaders undergoing systematic programs that unravel a leader’s authenticity, one of them being trained as a corporate purpose coach, which (as per our own research) has shown an increase in business performance, employee retention, and in inculcating a learning environment within the organization. However, training CXOs as coaches does not mean that they become professional coaches or become ‘soft’ as leaders – it is more to create awareness of your own style, get in touch with your authenticity and to balance the approach between CAC and AAI.