In this article, Charlie Lang provides an overview of the deployment of coaching in Asia today. He shows that coaching has gone way beyond ‘pure’ 1:1 coaching and how different approaches can benefit an organization and ultimately lead to the creation of a Corporate Coaching Culture. 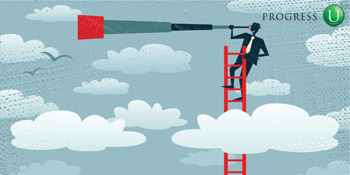 After interviewing the VP HR of the CEO’s business partner, Jenny thought that she’ll need local expertise to determine what would be the right thing to do for her company.

Her HR Director knew Progress-U and mentioned to her that we might be able to assist.

I asked Jenny what she learnt from her CEO’s business partner and she replied: “To be honest, we only had a 30-minute phone conversation, so it was hard for me to fully grasp what he meant. He said that his company initially didn’t think of a corporate culture change.  The idea came about only after engaging external coaches for some of the senior executives who wanted to optimize their leadership approach. When they noticed some significant positive changes that made a real difference, one of the executive coaches inquired if the company would be ready to take it to the next level. My CEO’s business partner also mentioned something about coaching as a leadership style, talent coaching, and team coaching which were deployed to drive a cultural change. Apparently, they also did a corporate culture assessment to identify key areas that, if changed, would have the biggest positive impact on the business.

“The thing is, I don’t have a full understanding what coaching is in the first place, but that VP HR was really excited about how the atmosphere in the organization changed and how collaboration has soared since they started working on a coaching culture. Politics apparently have been reduced significantly and as a result overall engagement and retention seems to have improved as well.”

“So what’s your understanding of coaching, if I may ask?” I responded.

“The way I see coaching is that a coach works closely with someone to help that person to improve what he or she wants to improve. Probably the coaches use their experience and guide the one being coached in how to achieve what they want to achieve.”

Glad that her understanding of what coaching is, was in principle correct, I added that the purpose of coaching is two-fold:

1. To assist the coachee (the one being coached) in thinking ‘better’ – to reach new insights and to work out more options for acting or deciding and as a result be able to make better choices.

2. To keep the coachee accountable to actually undertake any agreed changes that are considered to help increase the likelihood that the coachee will achieve her or his goals and achieve them faster.

“So what is a coaching culture?” Jenny wanted to know.

What coaching culture really means is that coaching is an important part of the culture of an organization. But any corporate culture has many different aspects and some of them may be entirely unrelated to coaching.

For example, the corporate culture of an organization may include a particularly fast pace – it’s not directly related to coaching. Of course, we could explore how a coaching culture could also integrate and support a fast pace.”

I further shared with her that nowadays the most progressive companies integrate various forms of coaching into their culture. They may use coaching in divers ways, such as:

• 1:1 Executive Coaching for senior executives by external coaches
• 1:1 Executive Coaching for middle managers by trained internal coaches
• 1:1 Wellness Coaching for all employees – as a perk for top performers
• Small Group Coaching for small sales teams (3-6 participants per group)
• Team coaching for senior management teams to optimize the team performance (productivity & positivity)
• Talent Coaching performed by trained senior executives for top talents two to three levels down the hierarchy
• Mentoring to support and connect protégés who are considered for greater roles within the organization
• Coaching as a leadership style for all managers with people responsibility
• Experiential workshops to increase happiness and collaboration across the board

Depending on what an organization wants the ultimate coaching culture to look like, it may need to deploy coaching in a variety of ways.

“Wow, this sounds quite extensive to me, but what will be the cost?” Jenny was concerned that this would be a high cost and wondered if it’s really worth it.

“No, we haven’t, it seems rather hard to measure. Of course, I admit that with a better culture, we’ll probably have higher levels of loyalty and overall performance. I can clearly see for example the difference between my previous employer and the current one. In my previous company, the culture was overall stronger and I felt that people were more engaged and I know for sure that our turnover rate was lower then, even though it was not a coaching culture.”

“I admit that it’s difficult to measure accurately the impact of a company’s culture on its performance but we can estimate the cost of high staff turnover and lower-than-optimal engagement. We could define some benchmarks and calculate the returns if these benchmarks would be reached. This way we could mirror it with the investment you’d need to make for a first phase towards a coaching culture.”

I knew that while it may not be simple, it’s possible to work out some reasonable numbers to see if a sufficiently positive ROI could be achieved that would justify the investment. Jenny was excited about this idea.