BEING NICE AND TOUGH – IMPOSSIBLE? 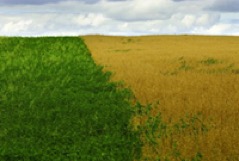 Shortly after Mary was appointed chief executive for Asia-Pacific in a European multinational, I was hired as her executive coach. Her human resources director, Shelly, asked Mary to be coached because she felt that Mary would urgently need to work on some areas to get sufficient credibility with the people she reported directly to, all of them being directors and vice-presidents. Shelly briefed me to pay attention to the following areas:

•       Several directors gave feedback that Mary seemed a bit weak in this area.

Shelly learned from Mary’s boss that Mary needed to be more assertive to be sufficiently respected in the European headquarters.

In many cases, when I hear these kinds of comments, it often has to do with insufficient self-esteem. This was especially common with relatively young managers in senior positions. Mary was a case in point. She was only 42 when she was appointed as regional chief executive. However, the personality assessment which I conduct with people I coach before an assignment did not show that Mary had low self-esteem.

The assessment revealed a few other traits that could explain Shelly’s concerns. Mary seemed to be a person who cared deeply about others’ needs and also had a high willingness to be empathetic about other people’s feelings, thinking and related behavior. This became a problem because, at times, people tended to take advantage of her helpfulness, while at other times her subordinates might not do what was agreed and she would not address it.

Naturally, other senior managers perceived Mary as weak because of this attitude. The same seemed to be true at headquarters. When I discussed these findings with Mary, I noticed that she was very open-minded and did not disagree in any way. In fact, she said something like: “Well, that’s the way I am and I think it’s okay. I really care about the people I work with and, over time, people will see that this is not a weakness but a strength.”

The feedback I got from interviews with her direct reports and her immediate supervisor confirmed my concerns. They all agreed that Mary was a caring and nice person. Also, her technical capabilities were seen as outstanding. But they felt that she needed to be tougher in this role or people would take advantage of her niceness and corporate targets might not be met as a consequence.

More than 10 years ago, in my role as director of international sales, I was lucky to witness the surprising closeness between one of my peers and the people he directly reported to and other lower management people in the organization.

I also noticed that whenever these people would not conform to prior agreements, he would act as tough with them as with anyone else he might not be as close with. To my surprise they did not seem to be upset and I did not notice any adverse effect on their relationship. Of course they were not happy at that point but they accepted the consequences of their failure and – as I later noticed even respected – his toughness.

What I learned from that experience was that one could be close with other people and be tough with them when necessary. The key to ensuring that those people will not get upset is to make sure that prior agreements and boundaries are clearly set.

This worked extremely well for me as a senior manager and I shared this approach with Mary, who saw how she could become more assertive with European headquarters and represent the Asia-Pacific region more effectively.

Learning to be empathetic but strict in enforcing standards is useful for any manager who wants to reap the benefits of being close with others without the risk of losing their respect. Managers should remember that clear boundaries and agreements are vital.